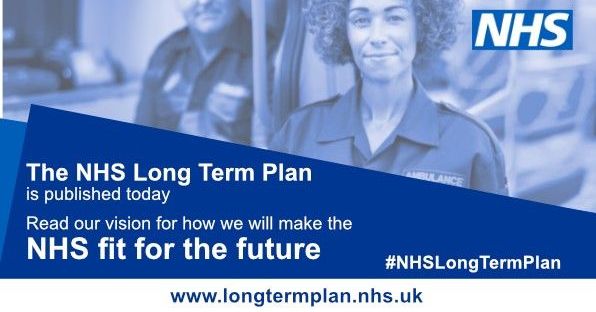 The biggest thing that I have noticed in the news, on social media from news agencies is surrounding smoking and the help that is going to be given to people who smoke that are admitted to hospital. Any time I see anything about the plan this is what I see and it just angers me so much. I know I am not alone either as have spoken to many people who are in a similar position to me with their lungs that are frustrated and angry about it to. For me what it me most was that along with the national news agencies and NHS health boards tweeting about it, my own local health board posted (once again) about how they were going to give smoking cessation help and advice to patients admitted to hospital.

I know this is a very good step etc and that people who smoke should be offered help to stop however on a daily basis just to get into work I run a gauntlet to try and avoid breathing in any smoke. The NHS made a huge deal about how their sites were to be no smoking sites and that smoking is banned on their sites yet nothing is done to enforce this. They have signs everywhere yet those who smoke just stand by them and light up. Some don’t even wait till they clear the door before they light up. This is not unique to me and the hospital I work in. I regularly see on different forums asthmatics saying they had to go to hospital but just trying to get into the hospital left them in a worse off state than they were when they arrived in the car park etc because of all the smokers they had to pass.

Until you have put up the fight of your life just to get a breath in you cant understand what it is like. It is one thing when you may have been a bit silly and done something stupid which provokes an asthma attack but when you have done nothing other than try and get into work and you end up in intensive care it can leave you feeling really angry and bitter.

What I would love to see and so many would love to see is the smoking ban being enforced or at least a shelter to provide those who smoke a place to go and then leave areas such as the main doors to the hospital as a safe zone. Also when there are the groups of people congregating outside the doors of the hospital- many of whom are patients why are the smoking cessation nurses not down there encouraging them to not smoke or at least smoke in an area which won’t risk killing people.

What is worse is that the main doors to the hospital I work in which are always flanked by people smoking, are over looked by 3 of the four bedded bays in the respiratory ward so during sweltering summer days you cant have the window open because you end up with a room full of seconds hand smoke.

I am not alone in how I feel and what I think which is why I am writing this. I am at a total loss as to what to do because everywhere I try and get the issue addressed cant give me any answers. Is it going to take someone dying from an asthma attack as a direct consequence of people smoking outside hospital doors for action to be taken?? I have got in touch with ASH, Unison, local MP none of whom could give me an answer or willing to take action.

My working hours are 9am to 3:15pm, I have a blue badge due to the severity of my asthma so can park close to the hospital however I have had to start arriving earlier and earlier so I can have the time to wait till the doors are clear of people smoking and then take my chance. This time is different each day but it shouldn’t need to be done. There is then the reverse when it comes to leaving work however I tend to end up just trying to get out and get to my car, once in the safety of my car I can have some nebulisers to alleviate the effects the smoke has had on my lungs. I just wish those who smoke understood what they were doing to others.

It is so hard to see so many struggle. I have read how people feel like turning back and missing their hospital clinic appointments because of people smoking at the doors and the risk this poses to their health. This should never be a choice that someone has to make.

It would be great if others could share this and try and get change to happen.

If the NHS are committed to help people stop smoking, then they need to be down there with those who are smoking not up in offices making plans. Smoke is not just effecting those smoking but also others around them and not only those with lung disease either.

Please lets try and get things changed. I don’t want to risk losing my job (which could be a real possibility) because I have once again ended up in the intensive care unit as a result of people smoking where they should not be smoking.