May is asthma awareness month. Asthma is a disease which is so misunderstood. Many will live with asthma quite happily and think ‘its just asthma’ but then there is the small portion of people who battle asthma everyday and just getting up in the morning is achievable because of a concoction of medication and then sadly there are those who live with a empty space in their family where a loved one has died as a result of asthma.

So this month my aim is to try and out something everyday which will show what you can do despite asthma, what asthma has stopped people doing, what asthma has caused, what we have learned from having asthma, the day in the life of someone with severe asthma, work and asthma, sport and asthma.

But for today I am going to start on a high and write about the good side of asthma, its not a great disease to have and has dictated most of my life but having said that if I didnt have asthma I would not have had the oppertunity to do some of the most amazing things which I am so proud of.

Just now my biggest honour really is to be part of the ‘Healthcare Hero’s’ Book. I received an email the other day titled ‘Getting our Hero’s Together’. I am hugely proud to be part of the Healthcare Hero’s but have difficulty thinking anything I have done is special. What I do is to try and benefit people but essentially as I have said before if I didnt do things I would curl up in a ball and become depressed about how much asthma has taken from me and what it has stopped me doing becoming a total recluse. To be in a book with some amazing people is a true honour. Just to be along side a man who engineered a device for his own heart so he didnt have t live a life on blood thinning drugs, or the amazing lady behind compassionate care who has sadly died but her husband is continuing her work. To read the stories in the book or online is eye opening just seeing what people will do. So tomorrow I am going to Manchester to meet up with the other Hero’s from the book and for me I will be celebrating World Asthma Day but also overcoming a really difficult time for me personally so by getting myself to Manchester will be a huge achievement.

Having a piece of writing published in the British Medical Journal was also pretty awesome. What makes it more awesome is that I always struggled with writing throughout my school career and told I was lazy but it was not until I went to do my second degree of Nursing that it was discovered that I was dyslexic and pretty badly which meant I had a reader and scribe in exams and was given all this help to get me through my nursing. So maybe I would have done better than an E in English at school had I known I was dyslexic. I now have a purple cover when reading books and it makes life so much easier. Back then I never thought I wold ever be a published writer but I am. What is even greater is that it was a learning tool for Dr on how to treat an acute asthma attack and seeing this implemented in practice is awesome especially when I was in resus once and one of the Dr’s said they read this piece about the things asthmatics find helpful when having a severe attack. I was able to write to him on the paper and pen he offered me to say I wrote it. I was so chuffed that it has had an effect on some Drs practice.

My next thing which has helped me through the last few years is my involvement in Scotland Lacrosse. After moving from a field position to the goal (18years after last stepping in a goal) I never thought much of it but being able to play for the Scotland B team at Home Internationals was awesome but then after having to stop playing even in goal I was able to take on the position of Assistant Manager which I was kindly given the nickname AssMan (short for assistant manager) which I have decided to own. I am one for nicknames and never been called my real name except at work and research stuff so AssMan joins Tux, Olive, Ollie (of all spellings), Liv, Livi (again many spellings), Wivvers, Wheezer to name a few, I am sure there are more that I have forgotten (or intentionally forgotten). Being able to go to Florida with the Scotland team in the preparation for World Cup was amazing and probably once in a lifetime experience, but I will be able to see them in action at the World Cup as I will not be with the Scotland Team but will be joining the Technical Crew doing match statistics for the World Cup so will be front and central for most matches- although I will need a lot of concentration. 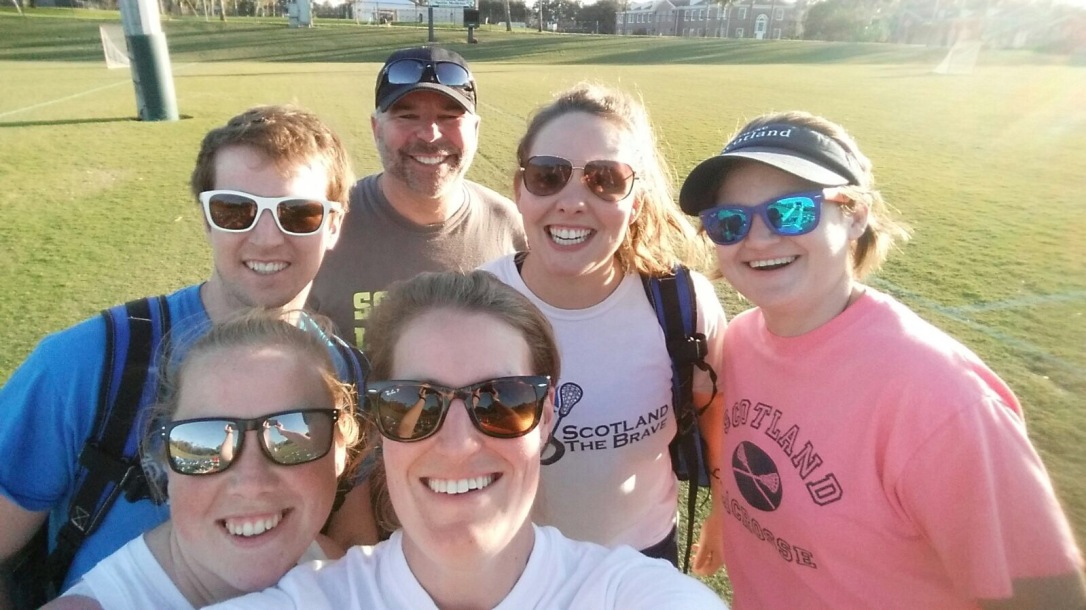 But my proudest achievement is being part of the Asthma UK Centre for Applied Research as a Patient and Public Involvement lead and helping facilitate SPEAK Asthma- the children and young peoples group. Having a role like this has given me a totally new perspective on research and opened my eyes to how much researching actually going on.  It has also given many other opportunities such as speaking at the Annual Scientific Meeting (and crying during my speech but at least I wasn’t the only one who cried!), giving a lecture to Masters students who are doing a Masters in Clinical Trials, I have been able to go to many different things at the Scottish Parliament and was invited to the British Government last year but sadly due to my asthma I was not able to. I have also spoken at events with GSK and learnt about new medications which are coming out and also now do work with Astra Zeneca for their Patient Centricity program. It is so awesome all the things I have had the chance to do because of the centre let alone all the things I do with them such as lay summary reviews, PhD application reviews, help PhD students, the list is endless and I love every minute of it even when not feeling 100% I still want to go to things as its such a great centre and has really given me my life back and given me something to do when I am not feeling great. It is putting a really big positive spin on a bit of a rubbish situation. 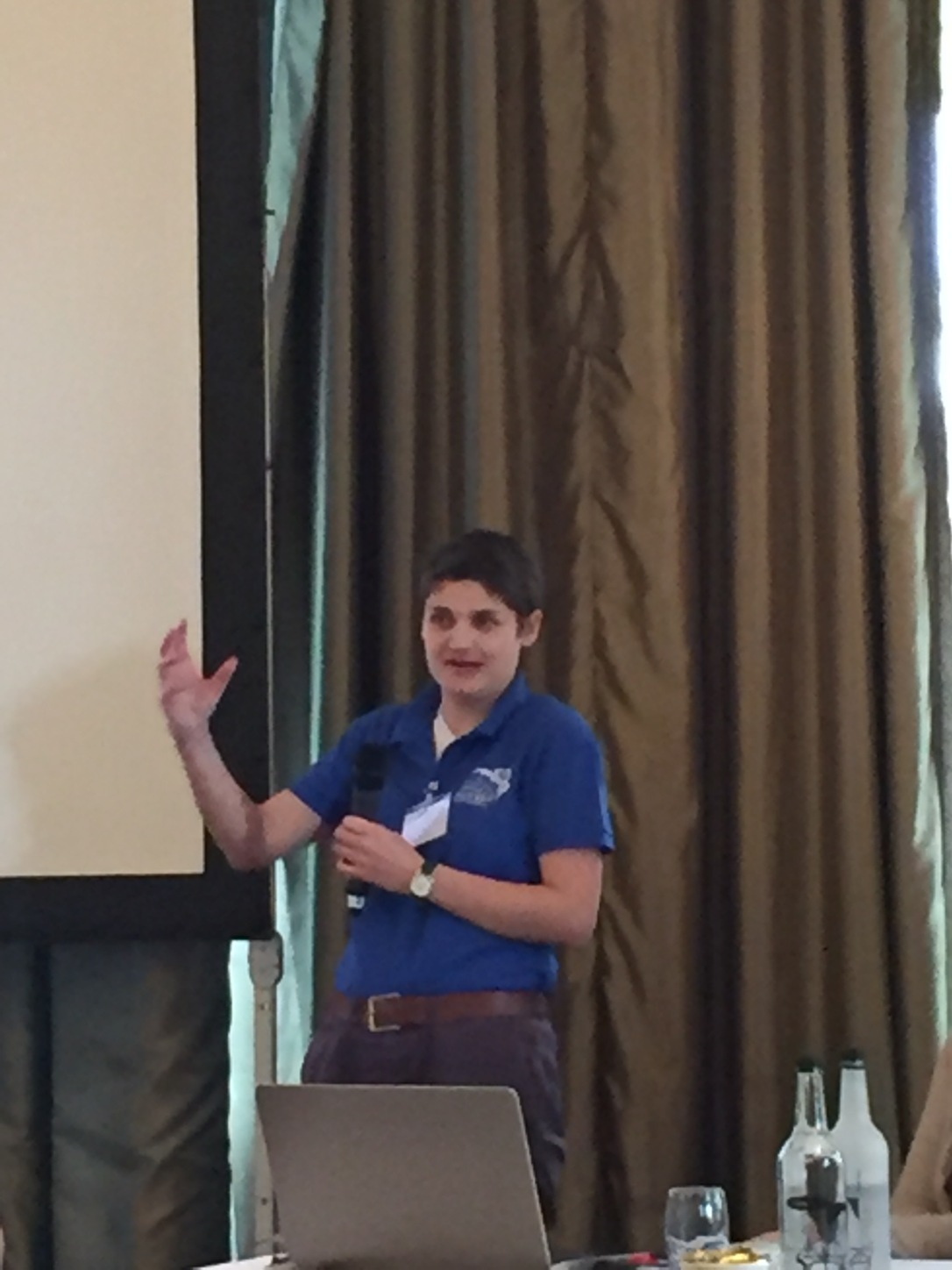 I have things coming up in the near future which I am looking forward to such as the Usher Institute Showcase and being involved in things with the European Respiratory Society as well as getting emails from a variety of different researchers (not part of the centre but from all over the world) who have read this blog and want to get in touch.

I guess having things I am proud of really do keep me going when things are not so good. I was able to draw on these things when I was last in hospital and didnt think I was that unwell but was as my best friend thought I was drunk with the messages I was sending but the admission was really hard especially the 3rd time the ITU Drs came to see me and this was after being discharged from ICU but kept getting worse again and I really thought I didnt have the fight left in me to keep going and not let the attack get the better of me but thinking about all these things I am proud of makes the fight worthwhile- that and thinking of all the Scotland players as they do their insane strength and conditioning stuff- I guess asthma attacks are my version of strength and conditioning although an asthma attack burns and insane amount of calories as I found out from waring my FitBit during one attack!!!

But keep hold of the positive things in your life and these will keep you going and help you reach and achieve your goals no matter how big or small they are. 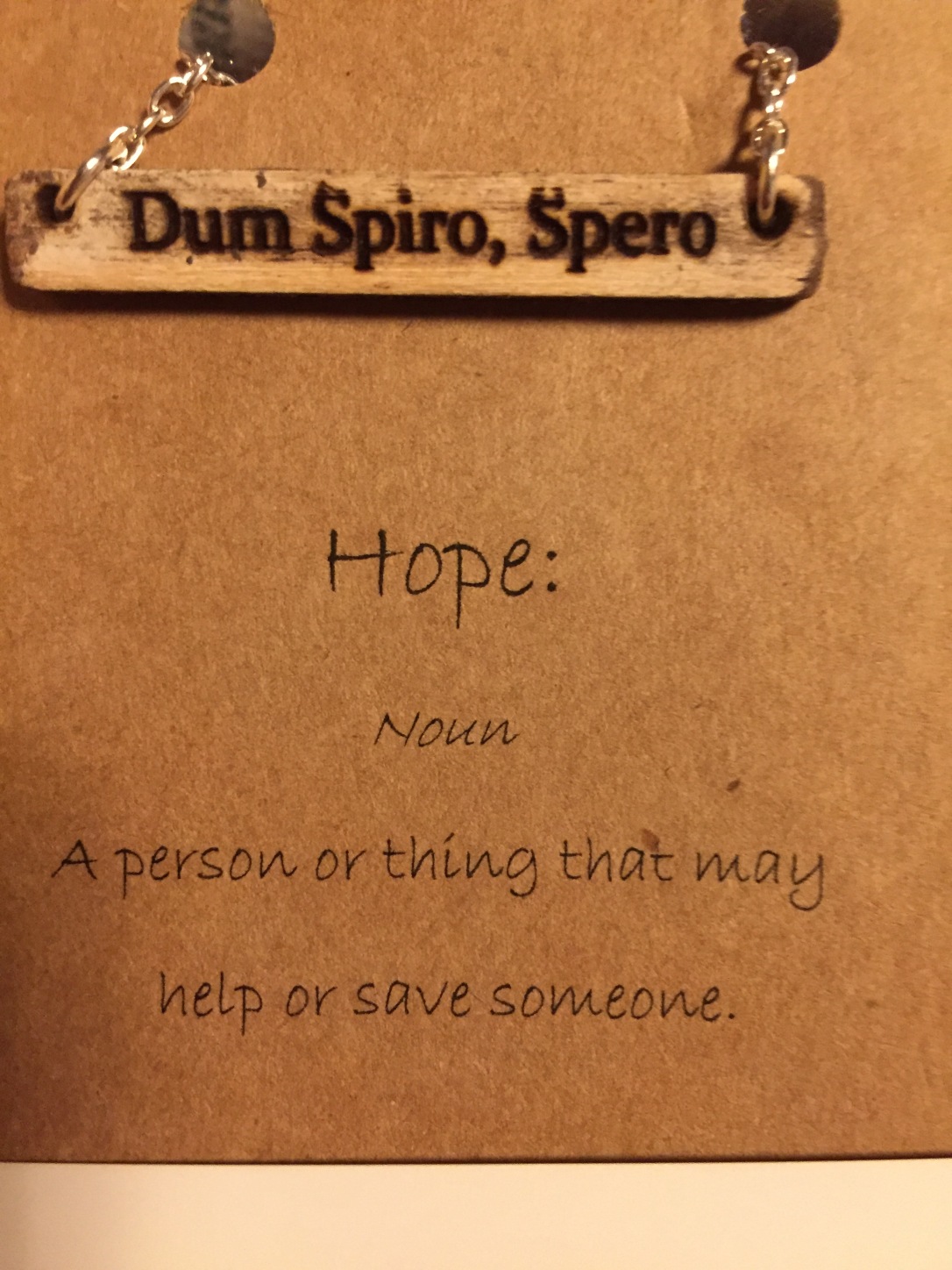 (I got this bracelet from a really good friend who knows just how tough life is with rubbish lungs but this saying says it all!!)